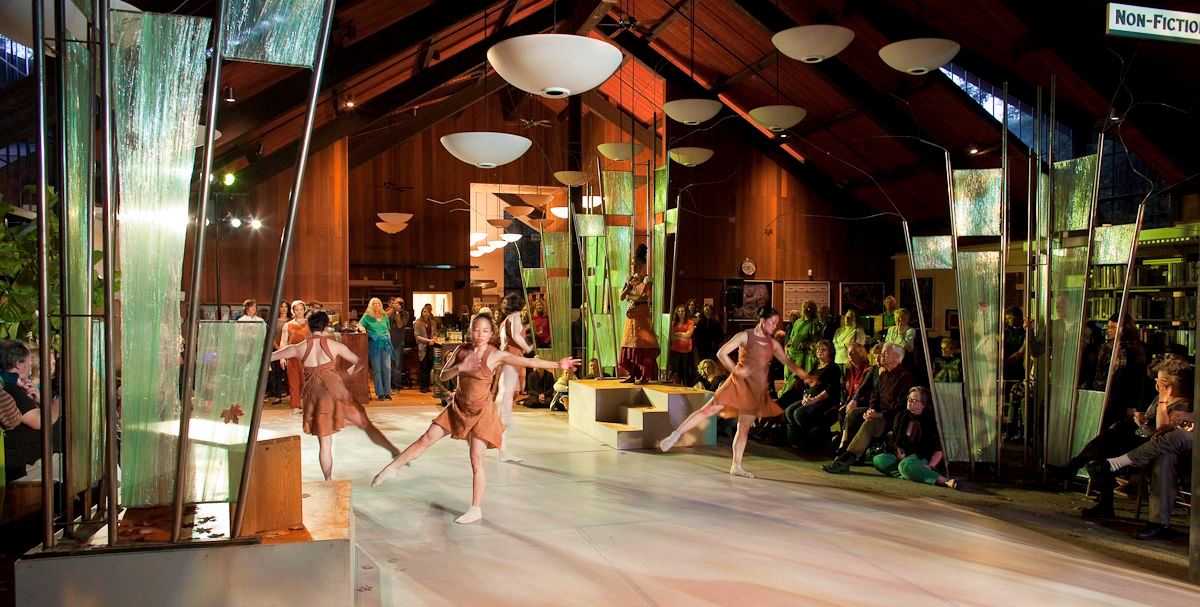 Note: Covid-19 restrictions have put the Library's After Hours programs on hold, but they will resume when conditions allow.

Debuting in January 2011 in celebration of the Library's centennial year, the ongoing After Hours series presents different narratives, ideas and presentations that an audience might otherwise not consider or experience. After Hours events are for adults and high school students.

The Library's Main Reading Room is transformed into a beautiful venue for After Hours events. Built in 1966, the Library is nestled among the redwoods in an award-winning building and reflects the diverse intellectual interests of the community.

Programs typically last 90 minutes (including Q&A) and feature a free wine reception before the event. Patrons enjoy the intimate atmosphere and ability to meet our presenters. Attendance ranges between 250 and 300 people.

Made possible by the generous support of the Mill Valley Library Foundation and the Friends.